0
was successfully added to your cart.
Monthly Archives 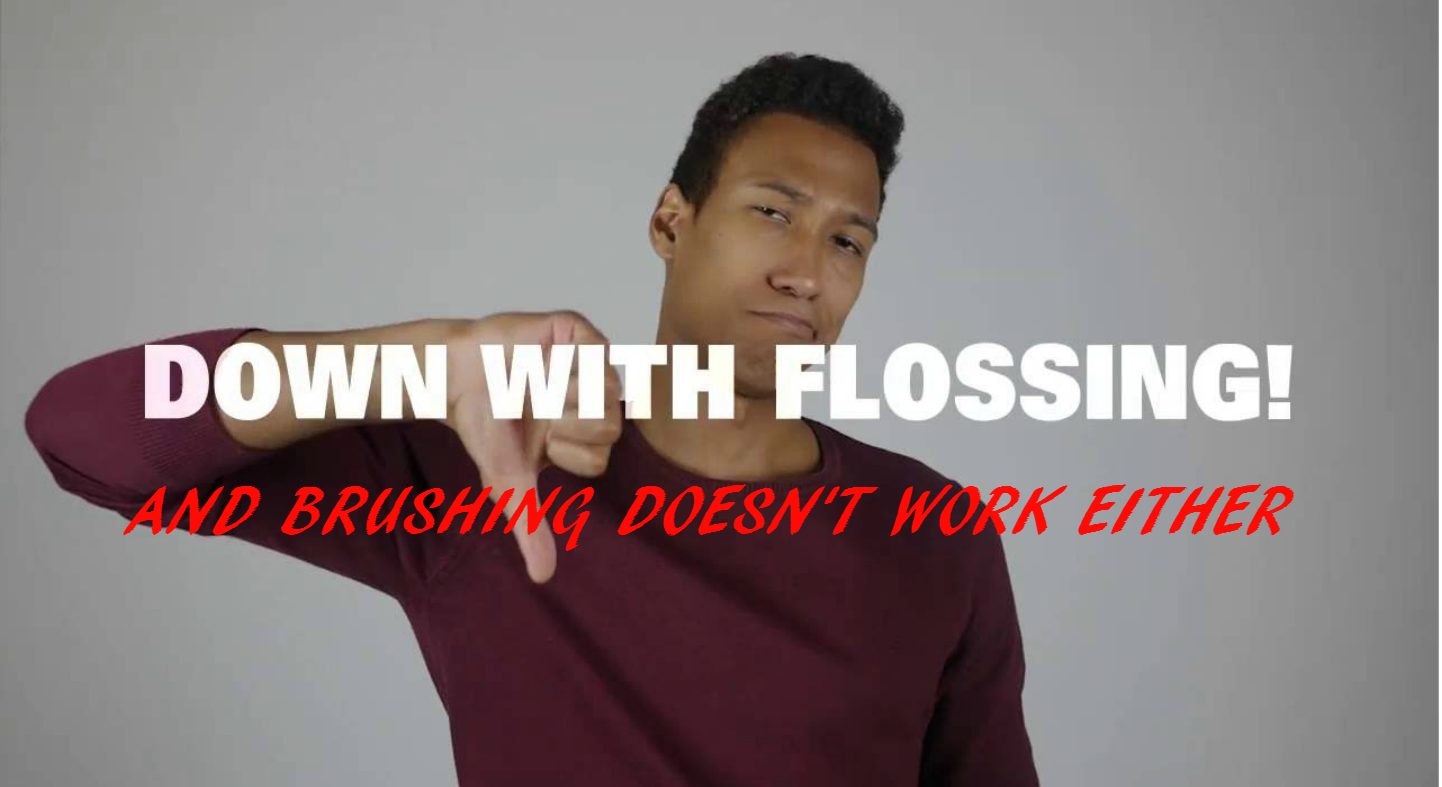 By Scott Hoadley | Uncategorized | No Comments

As reported in August 2016, the U.S. Department of Health and Human Services no longer recommends flossing as a daily oral hygiene routine. They did this because the benefits of flossing have not been substantiated by clinical studies. According to an ADA survey only 5% of the population floss (reference: Perio Reports: Compendium of Current Research, Trisha O’Herir and Jean Suvan). A published study in the Journal of Clinical Periodontology stated that those that do floss, only 18-35% of the plaque are actually removed. In addition, according to Emeritus  Professor Robin Seymour, from Dental Sciences at Newcastle University, flossing your teeth can be a waste of time because most people are doing it incorrectly

The Europeans one-upped us on this in December 2015. To quote the European Federation of Periodontology, “Dental floss is not effective in plaque removal or in reducing inflammation in patients with periodontitis. This important conclusion will see future changes in the way oral-health professionals conduct and advise hygiene in patients.”

Now there is a dentist that says brushing teeth doesn’t work either. Dr. Piero, a practicing dentist, the former Executive Editor for Journal of Experimental Dental Science, a contributing author to Hospital Infection Control: Clinical Guidelines and number one selling author “Never Brush Your Teeth Again!”, describes in detail why this is so. He says, “The evidence of this has been presented by the Center for Disease Control. They report that 50% of those that are 35 years old and 70% of those over 65 years have periodontal disease. The toothbrush obviously doesn’t do an adequate job in combatting this systemic, infectious, inflammatory and co-morbidity problem…not to mention bad breath.” Would you get on an airplane if only 50% of the time you made it to your destination? “The toothbrush no longer passes as acceptable.”

According to Dr. Piero the toothbrush is a 200 year old archaic device. The electric ones are still just a brush. They are just more abrasive and destructive than a manual one. They create grooves or crevices along the gum line, exposing the root surface which then causes sensitivity to hot, cold, sweet or sour. Not doing a thorough job leaves bacteria on the teeth and around the gums where they multiply exponentially in a few hours, resulting in plaque build-up.

There needs to be a disruptive technology – like cell phones were – to eliminate tooth brushing. A tooth brush cleans well exposed surfaces of the teeth extremely well. However, it does not access between the teeth and below the gum line where the pathogens live and are being fed by our constant carbohydrate diet. These pathogens, depending upon an individual’s immune response, create an inflammatory cascade of events that affect our heart, brain, liver, pancreas, kidney and all organs of the body. Periodontal disease is a systemic vascular disease. Often this association has been reported in the press. This is not to say periodontal disease is “causal”. Dr. Piero does not use the word “causal”. All disease is multi-factorial. Meaning it depends on genetic pre-disposition, environment, diet, exercise, and other immuno-compromising health issues.
Dr. Piero invented Dental Air Force® (www.dentalairforce.com) it is the only device  the FDA ever approved for marketing  in the history of dentistry to replace a toothbrush. It utilizes a jet-stream technology of air, water and cleaner to eliminate tooth brushing and cleans between teeth and below the gum line. Microbial studies show a 500% reduction in pathogens down the periodontal pocket. In one study using Dental Air Force versus toothbrush  on diabetic patients, it showed a reduction in HbA1c (diabetic blood marker) by over 1% in conjunction with periodontal therapy, over periodontal therapy alone, even after 6 months.