0
was successfully added to your cart.
All Posts By

By Todd Hubbs | Uncategorized | No Comments

Besides the most commonly suggested advice of stopping smoking, losing weight, exercise and eating healthier there is more than one way to theoretically live longer.  An often overlooked and underpublicized tip to a healthier body is to keep your teeth clean. In a recent study by the U.S. Department of Health and Human Services, Office of Disease Prevention and Health Promotion, nearly 80 percent of all adults have some degree of periodontal disease.

Periodontal Disease is the most infectious disease on the earth

Periodontal disease is linked to or is a potential risk factor for those with damaged heart valves, heart disease, stroke, diabetes, respiratory disease and behavioral and psychosocial conditions according to The American Academy of Periodontology, which has been reviewing the data boldly states that “It is the most pervasive infectious disease on earth”.

There are over 500 Species of Bacteria in the Mouth

The cause of this insidious disease stems from the plaque-producing bacteria, found among the almost 500 species of bacteria in the mouth. The bacteria that cause periodontal disease live in the absence of air like it warm, dark and acidic. They provide the furry feeling on teeth upon awakening. This bio-film forms a water resistant, sticky wall around the tooth called plaque. Water alone (swishing or oral irrigating) cannot penetrate this grease barrier to remove plaque. In addition, gums act like a gasket around the tooth, further preventing air or water to reach the “air hating” bacteria along the gum line, making cleaning especially difficult.

Within minutes of brushing your teeth, Bacteria (good or bad) start to reproduce dangerous levels of bacteria and exponentially reproduce every hour. This means that if you start off with a bacteria population of 1x (1x being the number of bacteria in your mouth after a professional cleaning – which you can’t achieve in the home), after one hour you have double the population of bacteria, and after two hours you have 4x, then 8x, 16x, etc. Poor cleaning in a few areas will leave heavy concentrations of plaque that can re-populate other areas of the oral cavity.

To reduce the plaque-producing bacteria in the mouth, one must a) break through the sticky shield with an abrasive, b) cleanse the site, c) aerate the site, and d) neutralize the acid. Normal cleaning methods, like brushing and flossing, have a difficult time accessing the sites between the teeth or can’t break through the sticky film, don’t aerate those sites, and don’t neutralize the acid.

The American Dental Society reports that only 5% of the population flosses their teeth. Drawbacks to flossing are possible gum lacerations and the floss can act as a contaminant bringing infection from one tooth to the other. Flossing does not aerate the site nor neutralize the acid.

Tooth Brushing Causes Abrasions  and has its Drawbacks

Tooth brushing is over aggressive on the cheek-side surfaces of teeth causing toothbrush abrasion and ridges along the gum line, resulting in sensitivity to hot and cold, while still not accessing in between the teeth. Tooth brushing also does not aerate the sites to change the environment.

There is a Better Solution to Clean Your Teeth, The Dental Air Force

It’s not easy to keep the population of bacteria in the mouth low and your teeth really clean. Meticulous routine twice daily cleaning is necessary. Professional cleanings at least twice a year assist in this task. The effort it takes will facilitate your overall health. There is lots of evidence suggesting that one way to live longer is to clean your teeth better.

Dr. Piero, a practicing dentist for over twenty-five years, is the inventor of Dental Air Force® (www.dentalairforce.com). Articles published are on periodontal health related to heart disease, respiratory health, diabetes, strokes, and other systemic diseases. He is the Executive Editor for Journal of Experimental Dental Science, a contributing author to Hospital Infection Control: Clinical Guidelines and soon-to-be published book, Put Your Money Where Your Mouth Is. 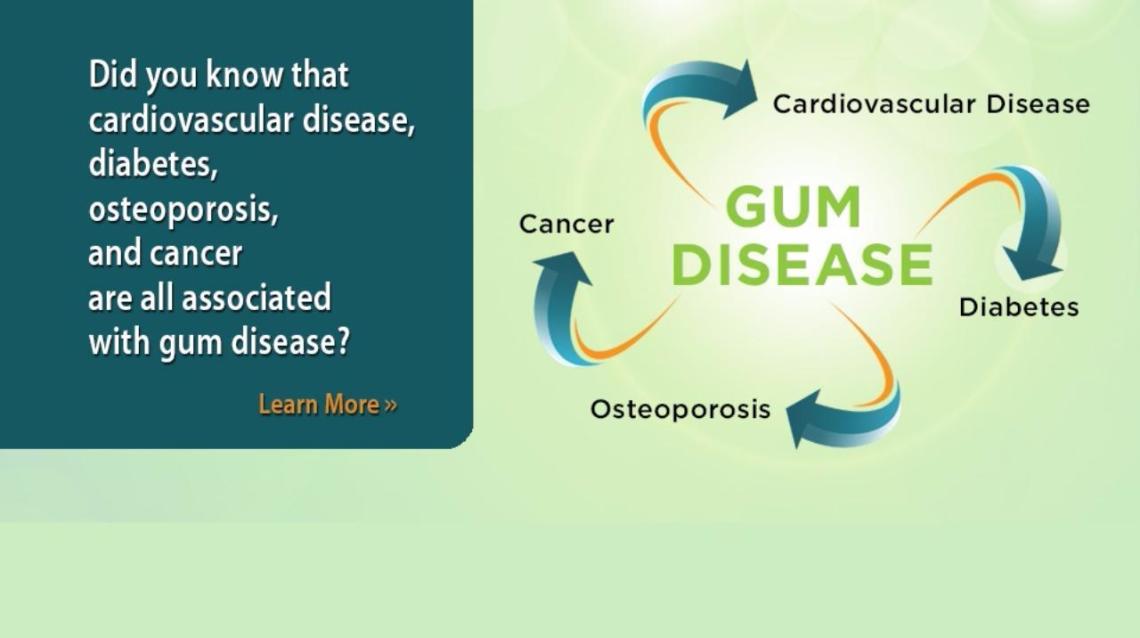 By Todd Hubbs | Uncategorized | No Comments

Over the last ten years there has been a growing body of evidence linking periodontal disease and systemic diseases. Every day new research is making the link stronger. Periodontal infection is the advanced stages of gum disease that causes bone loss. The bone loss is irreversible. Gingivitis is the early stage of gum disease and with early detection, treatment and proper oral hygiene can be reversed. Periodontal infection has been associated with other systemic disorders that would not on the surface appear related.

A regular toothbrush breaks down after each us and harbors bacteria. The Dental Air Force is a complete dental cleaning solution available in the home. Dental Air Force eliminates hard-to-remove plaque and kills bacteria which causes periodontal disease.
Learn More

Periodontal disease is a potential risk factor for:

Not only is there an indirect link between periodontal infections and systemic disorders, but periodontal disease is infectious or communicable and can be passed between family members.

It makes sense that infection in the mouth can find its way to other parts of the body. Initially it was thought that the bacteria in the mouth that cause periodontal disease were directly infecting different sites in the body, like the heart or lungs or artificial implants. This is true. However, there is more to it than that.

The body recognizes the bacteria in the mouth as a chronic infection and uses its defense mechanism to fight it. The body calls upon itself to manufacture blood constituents, such as neutrophils, eosinophils, and mast cells, to physically fight the infection. This process occurs with all infections. The problem is that as an infection becomes chronic, the body continues to manufacture these blood constituents, and release a pseudo hormone called c-reactive protein. It is this protein that inflames the internal walls of the arteries and compromises blood flow in areas that may have a predisposition.

Once you’ve used Dental Air Force, you’ll know you’ve found the best way to keep your teeth clean and white between visits to the dentist. Here’s what some of our clients have had to say about their experience with the total cleaning power of Dental Air Force.
Testimonials

Some 16 million Americans suffer from Chronic Obstructive Pulmonary Disease (COPD), and it is the sixth leading cause of death in the United States. F. Scannapieco, D.M.D., lead researcher of a study published in January 2001 Journal of Periodontology, found that patients with periodontal disease have a 1.5 times greater risk of COPD. (http://www.joponline.org/doi/abs/10.1902/jop.2001.72.1.50?prevSearch=allfield%3A%28copd+periodontal+disease%29&searchHistoryKey=)

This means that if you have diabetes, heart disease, potential for strokes, COPD, pancreatic disease, kidney disease you have poor circulation to these sites. The periodontal disease can push this problem into a more severe and even life threatening situation. The National Institute of Dental and Craniofacial Research (NIDCR) (http://www.nidcr.nih.gov/) states, “Gum disease is a threat to your oral health. Research is also pointing to possible health effects of periodontal diseases that go well beyond your mouth.” If you are interested in longevity, keep your teeth impeccably clean.

There are other systemic problems associated with periodontal disease. Want to learn more on how to manage periodontal disease and the problems that it can cause? I have designed and developed a home dental cleaning system that uses the technology of the professional Prophy-Jet to power wash between your teeth and around the gum line.

I invite you to sign up for my articles at http://dentalairforce.com